During the 2019/20 season, it was becoming clear that our current goalposts were in dire need of repair, it was taking longer each week for the players and management to set them up before our matches taking place. With Covid-19 bringing our season to an early finish, it gave the club time to investigate the issues they were having with the goals and look at costs of repairing any faulty components. After sourcing several quotes from companies who could take on such a repair it became apparent that replacing the ageing goalposts would be a more effective solution.

The club began to look at ways of fundraising to raise enough money to replace the goalposts at Kinellar Park. Management and committee agreed that a Sportsmans Dinner would be a fantastic way to raise the profile of the club as well as raise enough funds to purchase a new set of goalposts. Once again Covid-19 was to play its part and the fundraising dinner, originally scheduled for July had to be postponed.

Grampian Continental who has been one of the clubs’ sponsors for several years learned of the fundraising initiative and kindly offered to donate a new set of goalposts for the upcoming season. Without this support and loyalty from our sponsors, it would be very difficult for the club to continue to offer the best equipment and facilities to its playing squad and to those who work tirelessly in the background.

Everyone associated with Blackburn AFC wishes to send our gratitude to Grampian Continental for continuing to support the club through these difficult times.  Let’s all hope that it won’t be too long before we can return to competitive action and we can welcome all of our sponsors back to Kinellar Park. 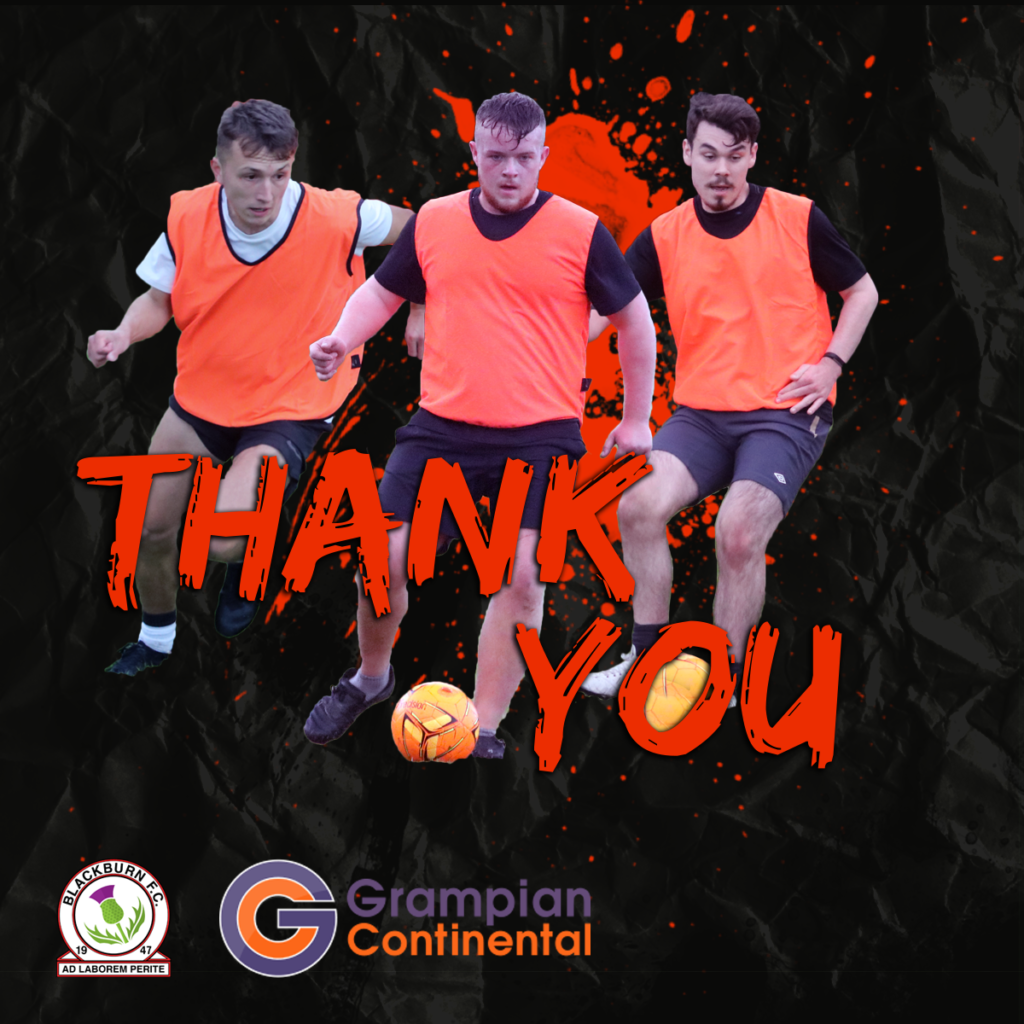